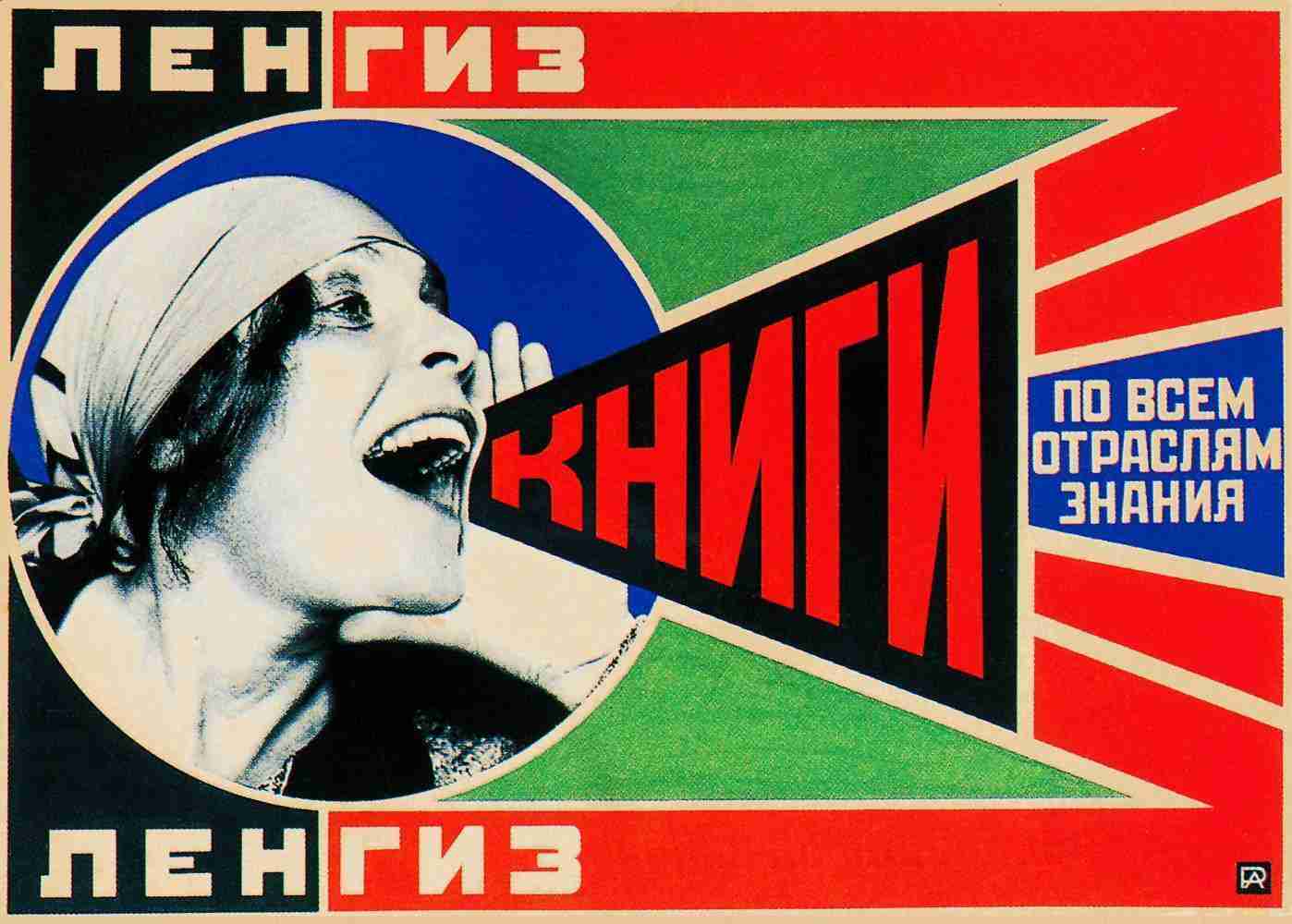 Russian Constructivism was a movement that changed art! It emphasizes simple forms and extends to many areas of art. At the same time as the Bolshevik revolution, it became the meaning of the new world. But what is Russian constructivism? With the Baroque House, we discover this great movement in the history of art.

“Death to bourgeois art! Long live revolutionary art!” It is in these terms, more or less, that motivated the Russian artists who founded Constructivism around 1915. The sentiments were similar to the artists of Italian Futurism a few years earlier. They see in the political upheavals which agitate their country the advent of a new world. This world will be one of avant-garde art.

When the Bolshevik movement emerged, thanks to men like Lenin and Trotsky, Communism was infiltrating the Russian intellectual, working-class and military milieu. Communists wish to change society and put an end to the bourgeoisie and the aristocracy.

Classical art embodies this ancient world. It represents a class leisure reserved for the elite: the bourgeois pleasure par excellence. It must therefore be changed!

Artists of Russian constructivism worked for it. This is illustrated quite well in the Realist Manifesto written in 1922 by Naum Gaubo, one of the founders of the movement:

“Today we proclaim artists, painters, sculptors, musicians, actors, poets our word and our action… to you people for whom Art is not a simple field of conversation, but on the contrary a source of real exaltation . We are experiencing the blossoming of a new culture and a new civilization […] which unites peoples in a single union. War and revolution have confronted us with new forms of life, already born and active.“

This new artistic current was so successful with the Bolsheviks that it became, for a few years, the official art of the Russian revolution. Constructivist artists were appointed teachers in major art schools, and their works were showcased in many public places.

The principles of Russian Constructivism

Having rejected the art forms of the past, Constructivist artists have only two movements that remain important to them: Cubism and Futurism.

The first analyzes, decomposes, fragments and recomposes the objects, to multiply the points of view. The second takes up some of these concepts, but essentially apply them to modernity, speed and industry.

But they want to go further. The subject fades into the background, behind the form. Realism no longer matters, only the composition of the work counts. Figuralism lives its last hours. Very quickly, an artist like Kasimir Malevitch contented himself with making a black square on a white background, and proclaimed the absolute superiority of the form.

1. “We renounce color as a pictorial element […] We affirm that the tone of a substance, that is to say its material body absorbing light, is its only pictorial reality.“

2. “We renounce the line and its descriptive value. We affirm the line only as the direction of the static forces and their rhythm.“

4. “We renounce in sculpture the mass as a sculptural element.“

5. “We renounce the millennial delirium of art which made static rhythms the only elements of the plastic and pictorial arts.“

Naum Gabo continues in his manifesto : “The plumb line in hand, eyes as precise as a ruler, in a mind as tense as a compass… we construct our work as the universe constructs its own, as the engineer constructs his bridges, as the mathematician formulates his orbits.“

These principles, which will be applied in painting, are also very much applied in the world of graphics and posters. Russian Constructivism also finds one of its best fields of expression in this very eloquent and striking graphic style. It is particularly well embodied by the artist Alexandre Rodtchenko (1891-1956).

Russian Constructivism is very close to another Russian avant-garde movement: Suprematism. Many historians have difficulty in distinguishing one from the other because they were born at the same time, from the same tradition, and are embodied by the same artists. Both advocate the superiority of form. Both proclaim the end of classical art.

For example, Kasimir Malevich is considered the creator of Suprematism, but he is also associated with Constructivists.

However, the two movements differ on several points. In Suprematism, there are only forms, pure, authentic: a cross, a square, a rectangle. Do not look for the subject, there is none! Or rather, yes – the subject is the form, for itself, and nothing else. It is a very intellectual art. We are not yet talking about “conceptual art” but the concept is not far away…

On the contrary, constructivist painters try to be more accessible to the public. Bolshevism implies the victory of the proletariat. Art must therefore be able to address the proletarians.

Russian constructivism is not just a pictorial art. The artists refuse to make art only for the walls of museums and collectors. It must be accessible to everyone, everywhere!

In dance, music, theater, and many other fields, the principles are applied to create provocative and resolutely modern works. But it is in architecture that Russian Constructivism will experience its greatest peak.

The principles of functionalism and simple lines are very popular with architects. Ilya Golossov (1883-1945) is particularly representative of this current. In 1927, he builts the Zuyev Workers’ Club, an iconic building of Russian Constructivism. You can see cylinders nesting in rectangles, and forming a geometric harmony that is both decorative and functional.

These precepts emerge all over the world at the same time. Whether in the United States with Frank Lloyd Wright, in France with Le Corbusier, in Germany with Bauhaus, or in Italy with Fascist architecture… We see modernism blooming everywhere. However in Russia, the rise of Communism will profoundly influence architects. The buildings glorify the revolution and the regime. They are designed to sublimate the struggle of the proletariat. And this will lead, little by little, to what we now call Stalinist architecture, a bombastic modern style, mixing the classic and the modern in monumental proportions.

The end of Constructivism

Russian Constructivism is ultimately a rather elusive and hybrid movement. Originally focused on the importance of shapes and simple lines, it is gradually inhabited by concepts from Bolshevism. Art should be for the people. He must represent the people. However, over the course of the revolution, and with the coming to power of Stalin, the founding principles of Russian constructivism will fall out of favor. It is considered too intellectual, and artists are dismissed from their official positions. Finally, from a revolutionary art, which has become an official art, it finally becomes a censored art… Curious journey! Perhaps they had predicted it in the 1922 manifesto:

“We do not seek consolation either in the past or in the future. Nobody can tell us what the future will be like, or with what instruments we can approach it…”