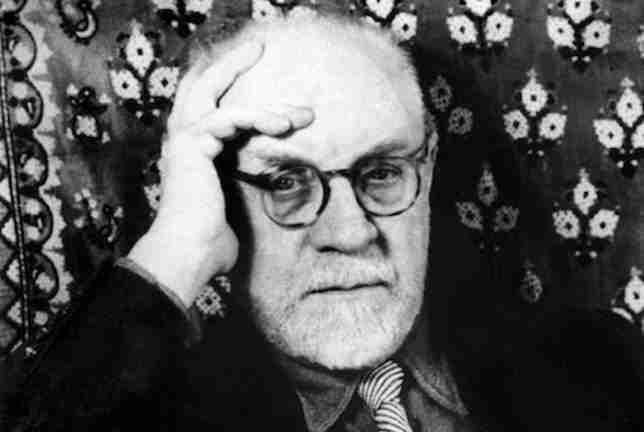 On December 31, 1869, the world-famous artistic genius Henri Matisse was born. While time has passed since then, his influence on the art world has not. In this article, Barokhûs reveals 10 things you need to know about the great 20th century painter Henri Matisse..

1. No appendicitis, no painting

Following in the footsteps of his family, Henri Matisse was destined to become a seed seller. However, he struggled to carry heavy loads due to his ill health, and thus taking over the family business became impossible. Instead, he began to study law in order to become a clerk, but at the age of 20 a bout of appendicitis forced him to remain in bed for many weeks. While he had had no interest in art until then, he asked his parents for a box of paint to pass the time. His first creation, entitled Essitam, was a reproduction of a chromo included inside the work. As Matisse himself recounted in his Memoirs: “From the moment I held the box of colors in my hands, I knew this would be my life.”

The exhibition of Matisse’s paintings at the Salon d’Automne (Autumn Salon) in 1905, as well as those of Albert Marquet, Vlaminck, Derain and Kees van Dongen, provoked a strong reaction from the public. Their pure, bright and dominant colors, thickly layered on their canvases, were scandalous. Critic Louis Vauxcelles famously compared the room exhibiting their works as a “cage of wild beasts”. His exact words were then adopted by the painters themselves, and thus was born the artistic movement of Fauvism. Henri Matisse soon became leader of the group thanks to his Woman with a Hat, considered outrageous at the time.

The celebrated American author Gertrude Stein characterized the two artists as the North (Matisse) and South (Picasso) Poles of Modern Art. Their relationship was rather difficult to understand, somewhere between a true friendship and a professional rivalry. For example, Picasso’s major painting Les Demoiselles d’Avignon (1907) was inspired by his senior, that of La Joie de vivre (1905). They argued frequently, throughout their lives, until their eventual reconciliation in 1913, when Picasso went to visit the gravely ill Matisse. This reunion was officially sealed when they exhibited together in 1918.

4. His children were in the Resistance

Even though the painter himself didn’t participate in the war, his family did. In April 1944 his wife Amélie and daughter Marguerite Matisse-Duthuit, were arrested by the Gestapo for acts of Resistance. His wife was sentenced to six months in prison while Marguerite, an active member of the clandestin Front National and the organisation Francs Tireurs and Partisans Français, was tortured and disfigured. She was escaped in October 1944 and Matisse saw her again a few months later in 1945. Overwhelmed with emotion, he created numerous portraits of his daughter, the last of which depicts her as stronger after her suffering.

Another one of the important things to know about Henri Matisse is that he was a true globe-trotter. He travelled extensively, first in France; to Paris, Nice and Belle-île-en-mer, then Corsica and further afield to England, Spain, Morocco, Algeria and the USA. Searching for new light and space, he even stayed in Tahiti for a while. He brought back photographs, drafts and sketches but most of all souvenirs from the island. The lagoons in which he often bathed became a source of inspiration. However, it wasn’t until much later that he would add his Tahitian experiences to his paintings. For example, he introduced exotic plants and vegetation into everyday scenes towards the end of his life.

Matisse had 3 children. Marguerite, the eldest, then two sons, Jean and Pierre, born respectively in 1899 and 1900. The latter two children followed in their father’s footsteps. Jean was a lesser known sculpture and Pierre, the youngest, was a renowned art dealer. In 1925, following his father’s advice, Pierre Louis Auguste Matisse opened a gallery in New York. In his gallery, on the 17th floor of the Fuller Building, he exhibited artworks by Modern artists such as Henri Matisse, Georges Rouault, André Derain, Alexander Calder, Balthus, Joan Miró, Marc Chagall, Jean Dubuffet, Yves Tanguy, Roberto Matta, Zao Wou-Ki and François Rouan.

7. He designed sets and costumes

At the beginning of his career, Matisse worked as a painter and decorator by day, as well as a theatre designer to earn a living. Then in 1920 he designed the sets and costumes of Diaghilev’s ballet Le Chant du Rossignol, with music by Stravinsky. Unfortunately, only 4 out of the 10 coats used in performances have been preserved. They can now be found at the Geneva Museum of Art and History, the National Gallery of Art (Washington DC), the National Gallery of Art in Australia (Canberra), and the last belongs to the private collection of the couturier Azzedine Alaïa. Some years later, in 1937, the ballet director commissioned him to design a new set for Rouge et Noir.

Henri Matisse held a deep admiration for the impressionist painter Paul Cézanne. To him, “Cézanne is the father of us all.” Thus, in 1900 he bought Les Trois Baigneuses from Ambroise Vollard. He would never agree to part with it, even during periods of financial difficulty. In the end, he donated it to the Petit Palais in Paris.

Like his idol, Henri Matisse considered blue as the color of volume and distance. His series Nus Bleus is a great illustration of this theory. Look at the above work; the woman’s figure takes shape in the heart of the canvas, and she seems alive and full of movement.

9. A precursor of the cut paper collage technique

After having major surgery for colon cancer, the painter was no longer able to get out of bed. Matisse could no longer paint or practice techniques that required thinners (water or oil). During this time he invented the technique ‘gouache découpée’: cut paper collages. This new process resulted in his last masterpieces including Jazz (1947), La Tristesse du roi (1952) and The Snail (1953). Lying in bed, he would cut sheets of gouache-painted paper with scissors, which his assistants would place and stick according to his directions. He commented on this concept: “it is a simplification for me. Instead of drawing the outline and putting the color inside it – the one modifying the other – I draw straight into the color.”

10. Winner of the Venice Biennale

And now, one of the last things to know about Henri Matisse. As an end to all his creative years, Matisse won the 25th Venice Biennale. After George Braque in 1948, it was the 81 year-old Henri Matisse who represented France in 1950. This award was the recognition of an impressive artistic career. Matisse will remain in the minds and hearts of many for having liberated color and given life to Fauvism.