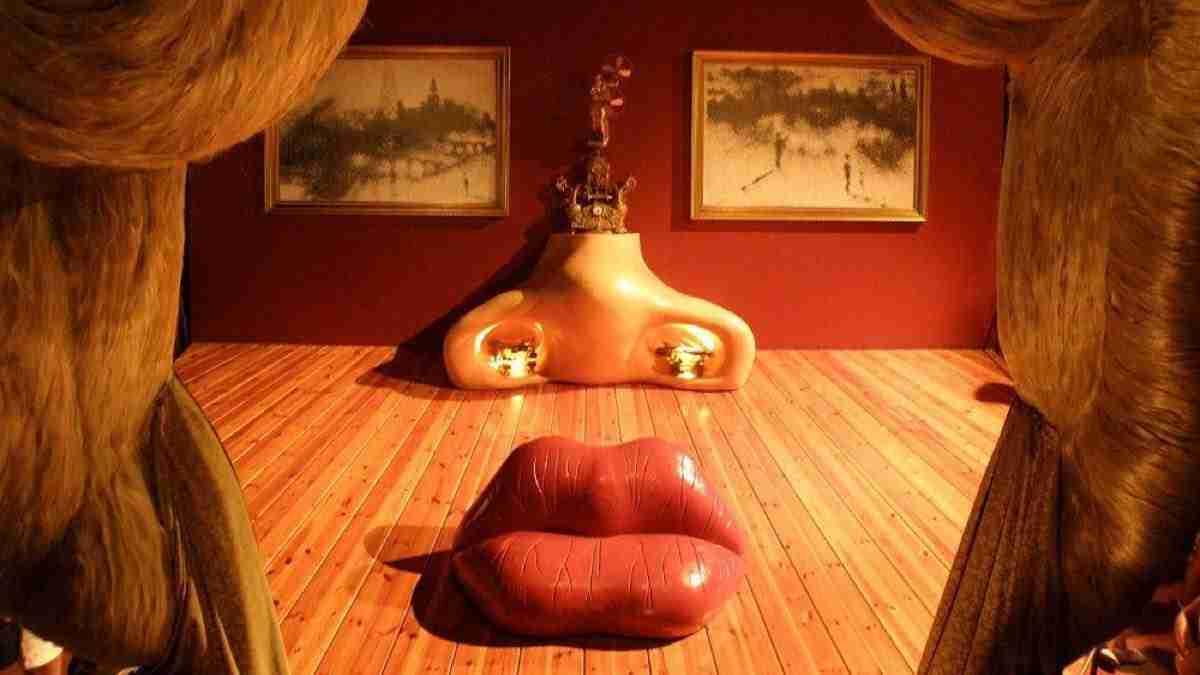 Furniture, a medium for practical art.

As long as people have been living in houses, they have also been using furniture to bring beauty and comfort into their homes. Furniture is equipment that is made with the purpose of making someone’s living space better suited for working or living. Historians believe that upholstered furniture has been a part of our society since at least 3100 BC. Recently, less emphasis was placed on its practical use and more attention was given to the decorative aspects of furniture. Artists have tried their hands at this age-old art form for centuries!

From pop artists to surrealists, whose creations we invite you to discover…

As far back as antiquity, furniture has been important in terms of both function and decoration. One example of this is during the ancient Egyptian period, an era whose furniture is considered very sophisticated for its time period. There was a significant difference between the furniture of the average population and that of the wealthy and royal. The wealthiest of this society owned extremely valuable and ornate furniture, as evidenced by the relics recovered from tombs. These were elaborately decorated with paintings and inlays, made from materials such as wood and ivory. Beds and chair legs, for example, had intricate carvings and details of lion and bull legs. Animals were an important element of design because of their symbolic significance to the ancient Egyptians, and thus feature heavily as decorative elements of furniture.

2. …to the Early-Modern period

The Early Modern period is when furniture began to develop the recognizable characteristics we have today. The most important pieces of medieval furniture were storage units and chests. Most of these were made from oak, durable and accessible material. The first chests were made from hollow tree trunks branded with iron, hence the derivation of the word ‘trunk’. This furniture would be decorated with inlays in Gothic and Romanesque styles, similar to the architectures in churches from this period. However, the majority of decoration consisted of textiles that were draped over furniture or on walls. These not only added color and light to homes but also added an additional layer of protection from the cold.

The Victorian era saw a revival of the Gothic style of furniture. Furniture from this period included vast improvements from past centuries. It was more durable, using various types of hardwood, and designed to last longer by, for example, adding feet to drawers so they could be moved without damaging the spine of the construction. They were also much more ornamental, featuring elaborate carvings. You will often see gothic furniture decorated with intricate foliage and patterns, recurring motifs being gargoyles, flying buttresses, and quatrefoil and trefoil shapes.

Many artists of the 20th century experimented with furniture as a part of their artistic œuvre. Blending practicality with their characteristic style, it is interesting to see the fusion of art and furniture design in each of these creations.

Dalí was one of the most famous artists of his time. During his career, the surrealist artist produced prints, paintings, sculptures; but unknown to most, Dalí also created pieces of furniture. Some, such as his Mae West Lips Sofa, has since become extremely popular and recreated by multiple mainstream furniture makers. Other objects, such as the Leda Armchair and Leda Coffee Table, are composed of twisted and languid limbs that are characteristic of the artist; and their fluid and expressive form directly contrasts with their heaviness, rendering them almost unmovable. The extravagance seems contradictory to its functionality, however these objects can still be used!

If you would like to learn more about Dali and his œuvre, check out our 10 things to know about Salvador Dali article.

Another influential artist of the 20th century who merged art with furniture is Roy Lichtenstein. The artist, who is famous for his contribution to the Pop Art movement, experimented by turning two-dimensional paintings into three-dimensional objects. Most notably, Lichtestein created Brushstroke Chair and Ottoman which was based on a series of paintings he produced in 1965. He takes this abstract-expressionist brushstroke and turns it into robust and sturdy objects that can be used functionally. The chair is an incredible translation of the artist’s iconic imagery into a practical piece of furniture.

Richard Artschwager is another artist who experimented with objects and furniture. His background as a cabinet maker before his artistic career surely influenced his style of art. Much of this aimed to transcend the utilitarianism of these objects he had previously been creating as a craftsman (tables, chairs and cabinets) whilst adding a level of artistic expression. Over his artistic career, Artschwager created many sculptures and objects that extend their use to furniture. Some notable pieces include Table and Chair (1963-64) and Piano (1965) which use shading and shapes to transform 3D shapes into objects we would recognize around our homes. The result? A kind of optical illusion with a pop-arty edge.

And there you have it, a brief overview of furniture over time through the lens of art. From a basic necessity of human living, to avant-garde pieces of art, furniture has evolved in the most unusual and interesting ways. In many ways, combining the practicality of an object with the beauty and conceptualism of art is an incredible achievement itself.