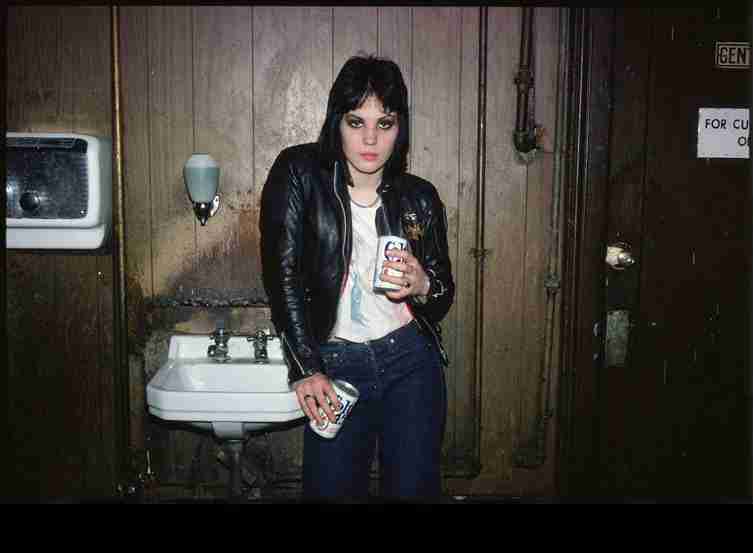 New York City in the 1970s was rough—high crime, dirty streets, and rampant drug use—but it was in this hotbed that a vibrant art scene flourished that gave rise to a new style of music: punk rock. CBGB, often called the birthplace of punk rock, is a music venue that opened on December 10, 1973 in an old biker bar in Manhattan’s East Village.

The owner, Hilly Kristal, originally opened the venue to showcase country and bluegrass music, but his policy of allowing unsigned bands to play gave way to the new sound. Bands like The Ramones, Television and Blondie started out in a weakened state. Their music is loud, fast and cutting – a reaction to rock music that lacks authenticity and rebellion. In a torn city, these musicians disagree, seek freedom and reject the mainstream.

The presence of women documenting the punk rock scene, a genre often dominated by men, is notable. Baroque House introduces you to five female photographers who were behind the scenes of 1970s NYC, embracing grunge and madness to shift perspectives and provide a brief history of punk rock through the eyes of a woman.

These women document the emergence of a cultural phenomenon.

California native Roberta Bayley had been hanging out in London for a couple of years before moving to New York City in April 1974. Settling in the bohemian East Village, Bayley swiftly integrated into the creative downtown scene. She began dating musician Richard Hell of the band Television, and thanks to a request from the band’s manager, Bayley took a job working the door at CBGB during the band’s residency. In November 1975, Bayley bought her first professional camera and began documenting the musicians there. She took the iconic photograph for the Ramones debut album cover just three months later. At the same time, Punk magazine was being founded, and by the third issue, Bayley was the photo editor and primary photographer. Bayley’s immersion into the punk rock scene led her to photograph bands like Blondie, Iggy Pop, The Sex Pistols, Elvis Costello, the New York Dolls, and many others. Talk about being in the right place at the right time.

Julia Gorton is another great example of a young creative whose relocation to New York City was synchronized with the new music trends. She moved to NYC from Delaware in 1976 to study at the Parsons School of Design and was immediately drawn to the energy of the underground music scene. With a Polaroid camera, she fearlessly approached artists in venues, notably at CBGB, taking black and white portraits and candid images, capturing the raw emotion and grunge of the seventies in New York City. Her subjects include Debbie Harry, David Byrne, Patti Smith, Iggy Pop, Lydia Lunch, and many others. Gorton’s immersion in the punk rock scene led to a prolific archive- hundreds of unseen images that she has been sharing via Instagram over the past couple of years.

Ebet Roberts originally moved from Memphis, Tennessee, to New York City to pursue painting. She quickly stumbled upon CBGB in 1977, and was inspired to pick up a camera instead. The music venue had character, grit, and an intimacy with the bands who played on a stage just a couple of feet off the ground. Roberts never intended to be a photographer, but after Capitol Records saw her photographs of one of their artists, she was hired for commercial work. Throughout her career, she has photographed musicians both on and off the stage and across genres, including Bob Marley, The Police, Fleetwood Mac, and Miles Davis. She spent two days as the photographer on the music video shoot of Whitney Houston’s I Wanna Dance With Somebody. Roberts witnessed musical legends pass in front of her lens,  and her photographs of the New York punk scene contribute to its historical archive, pulsing with energy.

Native New Yorker Marcia Resnick discovered the punk rock world during her time as a university professor. By day, she taught photography, and by night, she went to hear live music in venues like Max’s Kansas City, the Mudd Club, and of course, CBGB, camera in hand. In 1977, at just twenty six years old, Resnick was taking candid backstage photographs of iconic musicians and then inviting them to her studio for portrait sessions. By working with publications like New York Magazine and the Soho Weekly News, she quickly gained access into the photo milieu and began a series of NYC ‘bad boys,’ including figures like William S. Burroughs, Andy Warhol, Mick Jagger, and Jean-Michel Basquiat. Marcia Resnick: Punks, Poets & Provocateurs, New York City Bad Boys, 1977-1982 is a stunning archive of her work and artistic community.

Named as one of the first female rock and roll photographers, Lynn Goldsmith certainly makes our list in documenting the punk generation. Originally from Detroit, Goldsmith eventually moved to New York and worked with record companies and media groups, making her mark as the youngest woman to be accepted into the Director’s Guild Of America. She founded the LGI Photo Agency in 1967- the first agency to focus on celebrity portraiture for editorial use- and her music photography portfolio can be seen in her book Rock and Roll Stories.  Goldsmith has shot over 100 album covers, gone on tour with bands like The Rolling Stones, and worked as a recording artist herself under the name of Will Powers. As an established music photographer, Goldsmith’s polished studio portraits of punk artists validated their rising status while still honoring their edgy origins.