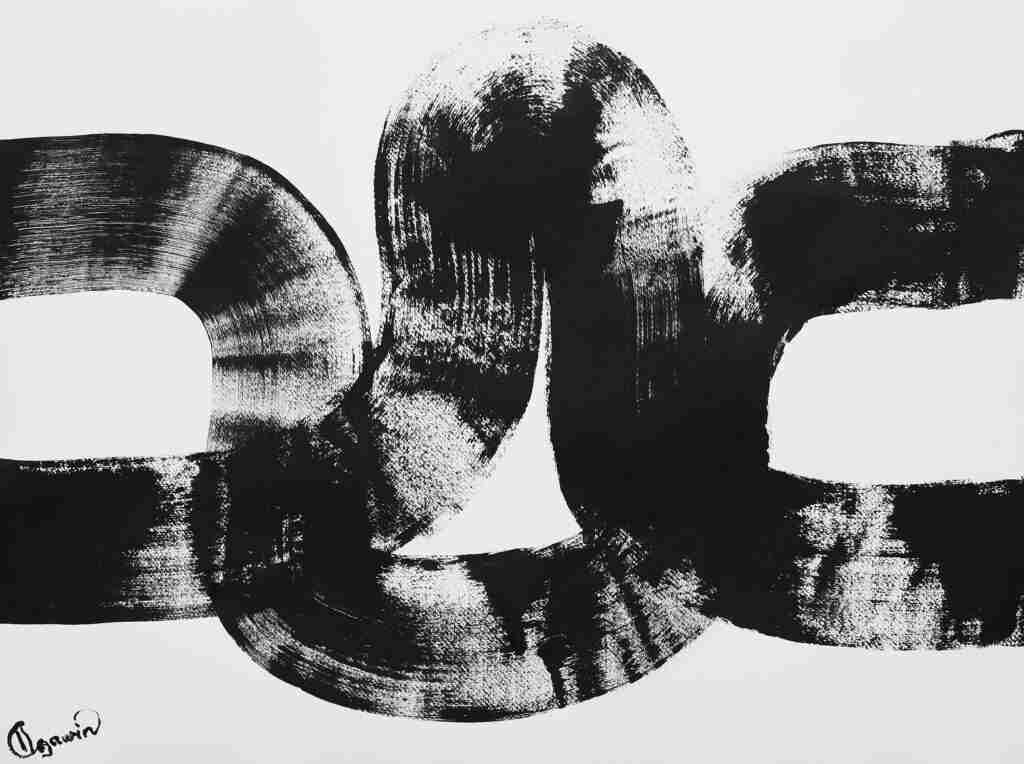 Exploring the monochrome of Dansaekhwa

“Dansaekhwa” translates to “monochrome painting” in Korean. This artistic movement was pioneered by artists born in the years 1930-1940. Although not part of a separate group at the time, Dansaekhwa was considered fully developed in South Korea in the 1970s.

The term Dansaekhwa (also called “tansaekhwa”) was first used by art critic Lee Yil, who used it to describe work that appears in neutral colors.

Dansaekhwa developed over three decades: the 50s, taking influence from expressionism. The 60s, seeing further development of geometry and colour abstraction. And finally, the monochrome style that characterises Dansaekhwa arose in 1970s. Although termed “Korean monochrome”, the artists who pioneered the movement were mostly Korean-born but lived and worked in Japan and Paris.

Korean monochrome painting is recognized as a direct response to the political crisis which immediately followed the Korean war of the early 1950s.

Art was used to subvert restricting traditions and political authority. The political unrest at the time manifested itself in Dansaekhwa. This anti-structural art form which was entirely opposed to conventional realism can be seen as the antithesis of classical East Asian painting styles. The movement marks South Korea’s shift towards modern cultural identity.

Through their work, Dansaekhwa artists sought to connect to their roots rather than creating artwork purely for aesthetic contemplation.

While the simplicity of the style is often mistaken as reductive, Korean monochrome artists focus intensely on the layering and manipulating of materials onto the canvas e.g. ripping the paper, adding inks, powders, charcoal etc. Through various techniques, Dansaekhwa artists explored modes through which material qualities of the artwork interact with the viewer.

With the attention to layering and brush strokes, the monochromatic feature of this style allows the textures of the materials to speak for themselves.

A key pioneer of the movement Lee Ufan exemplifies this, addressing the subject-object dichotomy in his work. In essence, the viewer is not a passive spectator of the artwork. Instead, the body is considered inextricable from our experience of the material world. In Korean monochrome paintings, the work of art is incomplete without the viewer’s gaze. This is required to activate the dynamic of the materials.

The meditative capacity of Dansaekhwa enables the art object to become a transformative expression of the labour and intensity imbued in the work. Other pioneers of the Dansaekhwa movement include Park Seo-bo (b. 1931), Chung Chang-Sup (1927 – 2011) and Kim Whanki (1913-1974).

Despite similarities, Korean monochrome artworks attend to more than just the visual aspects. Both Western minimalism and Korean monochrome artists distance themselves from figurative representation. However, the former turns to abstraction in order to decontextualize itself from reality whereas the latter fundamentally intends to “return to nature”.

This idea is exemplified through the work of leading pioneer of the movement, Lee Ufan (b. 1936). Ufan draws from both Eastern and Western philosophy in his work:

“Nature is the realm of infinity where one can continuously bring one’s self back to nothingness”.

As such, Dansaekhwa artworks mirror the Korean philosophy of being part of nature rather than separated from it.

With this in mind, the works produced in the 1970s are expressly ecological and earthly. Dansaekhwa achieves this by paying attention to the material properties, textures, and interactions with other objects.

“I feel it is appropriate to consider my works as monochrome or minimalistic painting, often in the form of conceptual or abstract expressionistic art, when it comes to stylistic concern.”

Although not working within the same political circumstances, Kim still shares the desire to explore the notion of a more ‘free and purer’ art form and to ‘perform’ meditative artistic practice in tranquillity.

Through her minimalist designs and natural colours, she explores existential themes and spirituality:

“My works are the reflection of meditation on the ineffable.”

Kim’s process of painting is an attempt to “let the transcendent incarnate, take on its flesh and manifest itself as truth”. Kim’s most recent series achieves this through an exploration of negative space, utilizing minimalistic style and neutral colours.

We also interviewed to South Korean artist, Seung Yoon Choi. His work does not directly align with the traditional monochromatic features of Dansaekhwa, since he works in a mix of colour. However, his contemporary adaptation of the movement is best exemplified through his series “Rule of the opposite”. Here, he explores the notion of paradoxes:

“The heart contracts and expands, light and darkness meet daily; the earth is designed on opposites”.