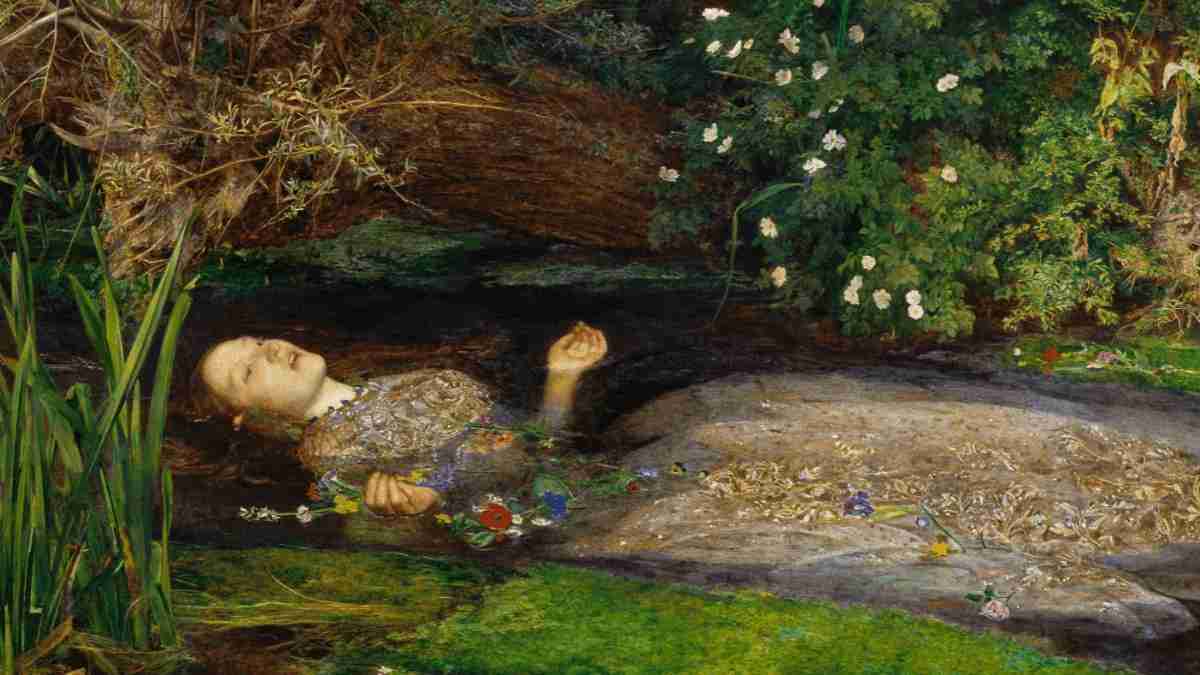 In deep clutches of Winter, let’s escape into the Pre-Raphaelite immersive interpretations of nature while in Spring. This was counter movement credited to the pre-19th century artists and has been a source of much debate, however, has survived the test of time as modern representation of nature still can’t seem to fully separate from the artistic flares developed in this era. Here’s a brief look at the art and artists of this era.

Origins of the Pre-Raphaelites?

The 19th-century artistic movement, the Pre-Raphaelites, takes its name from the Pre-Raphaelite Brotherhood, a secret society formed in opposition to the widespread influence of the Renaissance Master, Raphael. In fact, the period is not only an artistic movement but rather, a counter-movement. Behind the counter-movement was a group of rebellious artists with an intention to create a new style of academic British art. The story behind the society’s name has been a source of much debate, but regardless of exact origins, the Pre-Raphaelites existed and left their impact on the 19th-century art landscape.

The Pre-Raphaelites fervently disliked the prominence of artworks rooted in the traditional Italian Renaissance, specifically in the style of Raphael. This genre of art emphasizes precise details, geometric precision, bright colors, and an array of subjects: religion, nobility, and nature. Many artists who created in a more classical framework sought training and accolades from the Royal Academy of Art, an institution that set the artistic standard of the time.

A less traditional source of inspiration

The Pre-Raphaelites found inspiration in earlier periods of art, highlighting aspects seen in works from the late Medieval and early Renaissance era, before Raphael. Hence the name, Pre-Raphealites. They most notably were attracted to artistic qualities in Flemish art. These elements were not in style or favored by many artists at the time. As the Royal Academy declared classical Italian painting as the ideal, artists followed suit. During the mid-19th century, the country was consumed by political upheaval for social reform known as Chartism. The Pre-Raphaelites strove to move beyond the status quo and unsettling political tension, in order to conceive a different artistic renewal.

The Pre-Raphaelites were inspired by John Ruskin, a writer, who encouraged creative thinkers to venture into nature. At first, the Pre-Raphaelites’ subjects were primarily invested in religious iconography but as time went on, they sought inspiration from literature and poetry, referencing texts regarding love and death. On top of this, they were interested in social issues. The society’s most-prominent members were Dante Gabriel Rossetti, William Holman Hunt, and John Everett Millais.

Like generations of artists before them, artworks by the Pre-Raphaelites were initially met with criticism. As the movement is rooted in Flemish art, its style is characterized by flattened figures, an absence of shadows, and a sharpened composition. Because of this, many contemporaries at the time considered their style of creation to be archaic. Although unappreciated by many, their works caught the interest of the very person who inspired them. John Ruskin admired the Pre-Raphaelites and their contributions to English landscape painting. He was most struck by their dedication to creating works en plein air, their commitment to minute details, and their ability to capture botanical life.

A quintessential work of art

John Everett Millais’ Ophelia is a quintessential Pre-Raphaelite and Victorian painting. Victorian artists were interested in painting Shakespearian characters, most specifically, Hamlet’s Ophelia. Although there are many representations of the character, Millais’ adaption is the most famous of them all. The painting captures the moment immediately following the murder of Ophelia’s father. Ophelia, who is devastated by the news, allows herself to fall into a river. She refuses to fight the current that will inevitably absorb her drowning body. Shakespeare describes the very setting of Ophelia’s tragic ending as a place that is covered in flowers next to a willow tree. Millais references this description and expands upon it in his botanical setting.

Ophelia lies in the water adorned in an intricate gray gown. The dress floats to the surface of the water, becoming one with the water weeds that surround it. Millais stays true to Pre-Raphaelite aesthetics, and painted a bright, luminous ground, rejecting the traditional mode of painting which is to create a dark floor.

Millais stayed true to Ruskin, who advised artists to go to nature and capture the beauty of what is before them. Other artists of the time depicted nature but believed that the beauty of nature could be idealized even further. The Pre-Rapaelites, and Ruskin, disagreed with the idea that nature needed to be changed. To them, nature was a gift from God. In Ophelia, Millais went to nature and tried to remain as true to what was in front of him, as he possibly could. When many people think of painting en plain air, the Impressionists of the late 19th century immediately come to mind. However, they were not the first ones to do this. The Pre-Raphaelites committed to this notion in the mid-19th century, decades before.

By the 1850s, the Pre-Raphaelite Brotherhood had dissolved. However, many members remained friends and continued to create art in a similar genre. Over the following years, the Pre-Raphaelites became more decorative, or rather, more interested in the decorative arts. For example, in 1861 artists Rossetti and Burne-Jones began working for a design firm titled Morris, Marshall, Faulkner & Co. While working for the firm, both artists engaged in a wide range of creative activities. They produced jewelry, stained glass, furniture, murals, and textiles. All of these items included botanical iconography.

Although the society had only been in existence for a short period of time, its impact was immense. To a contemporary audience, the Pre-Raphaelites appear familiar. However, during the 1840s and 1850s, the Pre-Raphaelite Brotherhood managed to accomplish something revolutionary and very radical. They were one of the first societies or artistic movements to go into nature and make their creations. Beyond this, they valued the natural beauty of nature and sought to be as truthful as possible when painting it, refusing to idealize it. In doing this the Pre-Raphaelites helped to pave the way for later artistic movements and groups. The principal features of their artwork, such as the great attention to detail, the brilliant colors, and the beautiful rendition of literary subjects, distinguished their work from other Victorian painters at the time. Explore botanical artworks on Baroque House!