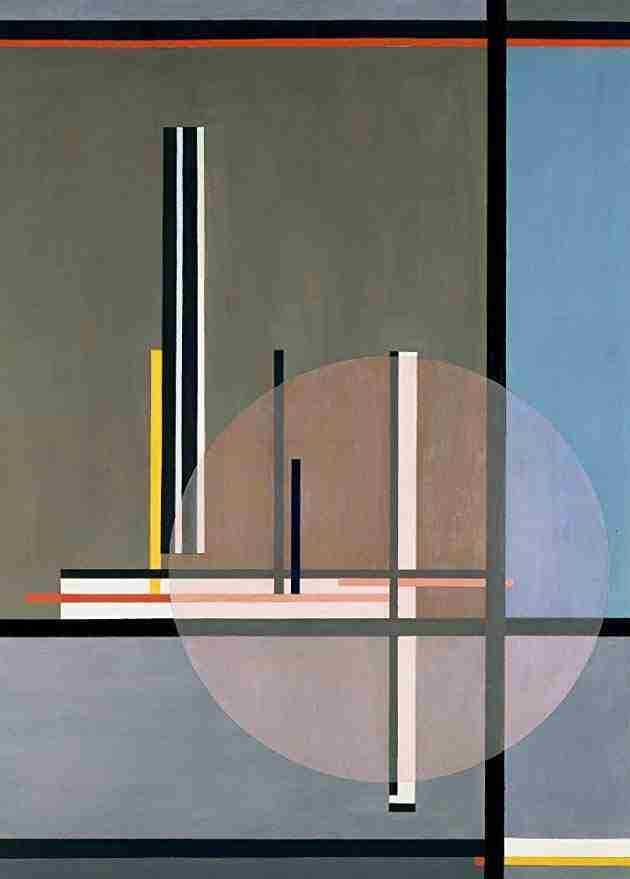 If we want to better appreciate the work of Eef de Graaf, we must first carefully study the paths of this artistic movement.

Is constructivism part of abstract art?

Constructivism is often inaccurately described as abstract art. However the artistic expression of constructivism is immaterial. It is not abstract from reality because it is not based on figuration but rather a geometric and technical form of composition. Constructivist artworks consist of color fields, lines and geometric forms, controlled elements with specifically defined relations.

Constructivism is derived from the latin word ‘construere’, meaning ‘to construct, build or connect’. The focus is therefore less on the composition of a piece but rather on its construction. In this respect the movement is fundamentally different from other artistic movements. It’s aim is to create art that corresponds to a set of scientific and technical conditions.

The origin of constructivism

The beginnings of constructivism can be found in the first half of the 20th century with the Russian avant-garde. Wladimir Tatlin and Alexander Rodchenko are viewed as its founders. This early form of Russian constructivism required art to inspire social change. Art that would encourage people to build a new society based on the Utopian model. This art had to be bold and free of emotion. It was rather a tool that corresponded to the communist principles of the new Russian regime. The production of art that had a social purpose and the poplar opposite to the notion of art for art’s sake. It was this type of propagandistic constructivism that was primarily represented by the early Russian constructionists.

Influence on modern art movements of the 20th century

The foundation of this period was the wish to express the experience of the modern life. It is therefore not surprising that constructivistic architecture and art had a big influence on the modern art movements of the 20th century. Constructivism influenced art movements including; the Bauhaus in Germany,  De Stijl in the Netherlands, and the Hungarian artist group MA . These can be summarized under the term of analytical constructivism and practical & experimental constructivism. Indeed the movement continues to influence many contemporary artists.

Discover our collection of works inspired by constructivism on Baroque House

“I see my work not as an abstraction of the visible but rather as a construct of the imaginable. Geometric forms, order, rhythm and repetition are the components from which the construction and the illustration emerge.”

Contemplation of the beautiful and universal

Eef de Graafs constructivistic art searches for real but not obvious purity and balance. His oeuvre is characterized by geometrical forms and color clarity. He uses the primary colors red, blue and yellow and the achromatic colors gray, black and white. His abstract and geometrical forms consist of horizontal, vertical, orthogonal or linear elements. The compositions are defined by design principles of order and clarity. Harmony results out of rhythm and classification. Also there are repetitions such as visual mantras that put the viewer in a meditative mood. De Graaf creates clear art with a formal claim. In his work there is a permanent contemplation about the beautiful and the universal and a connection with objectivity.

Since the 1970s, Eef de Graaf has stayed true to the constructivist philosophy despite popular trends. Nevertheless there are small changes that can be seen in his artistic development. The use of more color has emerged out of total monochromy and the once flat surface has become more monumental and spatial. Discover the works of Eef de Graaf.